A Georgia mother has been charged with felony murder after Atlanta police accused her of ramming her car into a vehicle that her 3-month-old baby was in. That crash caused the infant’s death. 21-year-old Titayanna Phillips, is also charged with aggravated assault in the case.

Investigators said Titayanna hit the car Monday evening after the child’s father placed her inside and started to drive off.

Police were sent to Chappell Road near Eason Street in northwest Atlanta about 7 p.m. When officers arrived, the baby and the child’s father were both injured inside one of the cars.

The infant was identified as Khy’undra Henderson. She was taken to a hospital in critical condition, Avery said. She was later pronounced dead. Her father, 27-year-old Undra Henderson, is stable but remains in the hospital.

Witnesses said that Titayanna stood by and even made a phone call as firefighters scrambled to remove her daughter and her child’s father from the mangled vehicle.

“The car was turned sideways over here against the tree and she was ramming her car into the side of (it),” neighbor Tarangela Jones said. “She was screaming, ‘I told him I’d kill him,’ and then she was like, ‘Can y’all get my baby out of the car?”

Titayanna had at least two run-ins with officers in recent weeks, according to Atlanta police records.

She was arrested on a disorderly conduct charge in late June. Police responded to a domestic dispute at her home on Eason Street. Undra told officers he was forced to jump from the staircase after Titayanna attacked him on the stairwell during an argument.

Then on Friday morning, police were called to a health clinic on York Avenue. Employees said Titayanna, who did not have custody of her daughter, took the baby out of an examination room and left in a waiting car.

Undra attended the doctor’s appointment with Titayanna, who was listed in the report as his ex-girlfriend.

Titayanna had an open case with the Division of Family and Children’s Services. She also had “numerous current mental and physical health issues which remain unresolved.”

Responding officers repeatedly called Titayanna and “pleaded” with her to bring her daughter back to the doctor’s office, police said. She eventually agreed and returned the baby unharmed, according to the report.

Records show Titayanna was taken to Grady Memorial Hospital after returning the child, but she wasn’t charged.

Titayanna Phillips was booked Tuesday into the Fulton County Jail, where she remains without bond. 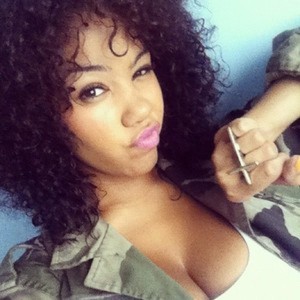 Woman Left for Dead After Getting a Protection Order Against Boyfriend

Ciara Grimes was only 18-years-old when she was shot and killed by her boyfriend,

5 Men Arrested for The Murder of Rapper Pop Smoke

A father in Memphis, Tennessee is facing murder and child abuse charges after police