A 2-year-old girl will be remembered during a candlelight vigil on Sunday afternoon in Whitman, Massachusetts.

The vigil is in honor of 2-year-old Lyric Farrell, who died of a head injury last month after she was found unresponsive by police.

Her mother, Shaniqua Leonard, has been charged with her death and has pleaded not guilty.

As the last videos taken of 2-year-old Lyric Farrell alive were played in the court room Monday, her mother, Shaniqua Leonard, kept her head ducked as she stared into her lap.

The 29-year-old mother kept her gaze down with little expression on her face for most of the dangerousness hearing that would determine whether she would be released on bail before her impending trial in Brockton District Court. Leonard was charged with reckless endangerment of a child in connection to Lyric’s death after prosecutors say Leonard neglected to get medical attention for Lyric after the girl suffered a “non-accidental” head injury and later died.

It wasn’t until Leonard’s attorney, Michael Tumposky, mentioned Leonard’s desire to attend Lyric’s funeral that she finally reacted, slowly lowering her head to the table and starting to sob. And as First Justice Julie Bernard dismissed the court on recess to deliberate, Leonard’s sobs grew louder as she was escorted out by court officers.

Bail was ultimately set at $2,500 with a set of restrictions including not possessing or owning any firearms, surrendering any firearm identification cards, refraining from abusing any type of alcohol or drugs not specifically prescribed to her, undergoing a medical and psychiatric evaluation, reporting weekly to the probation department, wearing a GPS monitor and not having any unsupervised visitation with any minor children including her own.

She was also granted permission to have a private viewing for Lyric or to attend Lyric’s funeral as long as she did not come into contact with her children and stayed at least 10 feet away.

Lyric was found unresponsive at the family’s 863 Washington St. home in Whitman after Leonard called 911 to report that her daughter was not breathing and did not have a pulse. Lyric was transported by ambulance to Signature Healthcare Brockton Hospital, then flown by medical helicopter to Boston Children’s Hospital in critical condition, where she was taken off life support on Dec. 31.

According to State Police Trooper John Taylor, who wrote the affidavit in support of the application for Leonard’s arrest warrant and testified at the dangerousness hearing Monday, Leonard told police that Lyric had hit her head earlier in the night and said the child had not been eating, was scratching herself and banging her head. She also showed two videos to investigators that depicted Lyric harming herself and her odd behavior, which included Lyric banging her head on the floor and sitting on the floor without any clothes on, the affidavit states.

But according to Plymouth County Assistant District Attorney Jessica Kenny during Leonard’s arraignment on Friday and Taylor’s testimony Monday, the medical examiner’s office found that Lyric’s head injuries were not consistent with self-injury. Kenny noted that responding investigators also saw fresh scratches, “very deep ones that were not superficial,” on Lyric’s head, neck, torso and back.

Leonard has not been charged with inflicting the head injury that caused internal bleeding, though Kenny said it is a “strong possibility” that more significant charges may come once the medical examiner’s office finishes further neurological testing to determine the cause and manner of the injury, which is expected to be next month.

A forensic examination of Leonard’s cellphone found a total of 17 videos recorded of Lyric between Dec. 26 and Dec. 27. According to the affidavit, videos included Lyric seated naked on the bathroom floor unable to hold her head up, spilling milk on herself while attempting to drink it, falling forward and striking her head on the floor and being unable to move her legs or keep her balance. In several of the videos, Leonard can be heard yelling at Lyric to drink her milk or to stand up, Kenny said, though the girl was unable to.

The last video was recorded around 8 p.m. on Dec. 27, according to the affidavit, which was several hours before Lyric became unresponsive. According to the affidavit, Lyric was shown seated on the floor and hunched over, unable to lift her own head. Kenny told the court that the video also depicted another child sprinkling water on Lyric and holding a cross to Lyric’s body, “saying something about releasing the demon and asking the young girl if the cross burns when she does it.” Lyric is then heard giving an affirmative response, Kenny said, after which Leonard and the other children are heard laughing.

While Leonard did not call 911 or bring Lyric to the hospital in the days leading up to her being found unresponsive, Tumposky argued that there was a record in Leonard’s phone of her calling Signature Healthcare Brockton Hospital and her caseworker with the Department of Children and Families before Lyric was found unresponsive on Dec. 28. Leonard’s call to the hospital was for a psychiatric evaluation for Lyric, to which she was told that they don’t perform psychiatric evaluations on children that young, Taylor testified. Taylor also testified that when she called the caseworker noting an issue with Lyric’s insurance, he told her that he would handle the insurance and to bring Lyric to the hospital anyway.

“I have to protect mine and me.”

When arguing in favor for Leonard to be held pending a dangerousness hearing, Kenny told the court that Leonard is currently on probation for a charge of assault and battery with a dangerous weapon against Lyric’s father, 29-year-old Christopher Farrell of Boston, to which Leonard pleaded guilty about a month ago. And since the children were taken into the custody of the Department of Children and Families, Kenny noted that Leonard has been arraigned on “numerous different charges.” She also noted that Leonard has 12 prior restraining orders against 10 different people and that when her children were removed in 2017, Leonard threatened to kill one of the DCF employees and told her she hoped her children died.

Kenny also admitted into evidence a text conversation of Leonard illegally trying to buy a gun from a man in Brockton for $400. Tumposky argued that she was trying to buy the gun for self defense, expressing fear of an unidentified person during the conversation and noting “I have to protect mine and me.” He told the court that the children were removed not because Leonard abused them, but because she was unable to extricate herself from an abusive relationship.

Lyric was only 2 months old when she was removed from Leonard’s care in June 2017, along with the other four children in the home at the time. Leonard began regaining custody of her now seven children within roughly the last six months, with Lyric returning to Leonard’s custody in late November. 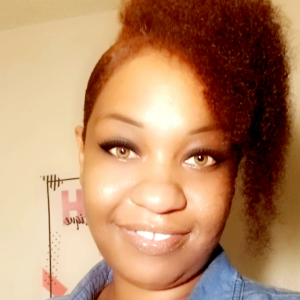